Sumit Dutta is the Founder and Chief Executive Officer of ASEAN Business Partners. Prior to this, Sumit spent 26 years working for HSBC, one of the biggest banks in the world, in countries including Indonesia, Vietnam, USA, Hongkong and India.

Most recently, Sumit was the Country Manager and Chief Executive Officer for HSBC in Indonesia from 2014-2019. HSBC is one of the biggest and most profitable banks in Indonesia with profits of $220M in 2019, with 5000 employees in over 100 branches in 30 cities.

Prior to Indonesia, Sumit was Chief Executive Officer for HSBC Bank (Vietnam) Ltd, rated the “Best Foreign Bank in Vietnam” by Finance Asia, and also worked as Executive Director of Techcombank, the largest privately owned bank in Vietnam.

Prior to Vietnam, Sumit worked for HSBC in New York, USA in various roles including Global Head of e-Business, Head of Product Management and Head of Sales Management, and before that in Hongkong and India for HSBC and ANZ Bank.

Sumit holds an MBA in Marketing and Finance and is a Bachelor of Civil Engineering.

Vikash Bengani is the Chief Operating Officer and Head of Industry Research at ASEAN Business Partners. Vikash has over two decades of experience across Asia’s leading financial markets. He has held senior positions at ICICI Bank, Citibank, Indea Capital (a hedge fund) and EIS Global (a family office).

He has worked in diverse roles including trading in equities, commodities and derivatives markets, streamlining operationally complex back offices for securities processing and financial modeling and forecasting of company performance as an equity research analyst. He has also worked as a project finance and structured debt specialist at a Development Finance Institution.

Vikash is a qualified Chartered Accountant from India and a Chartered Financial Analyst from AIMR, USA.  He also holds a Bachelor of Commerce (Hons) degree.

Kula is the Malaysia-based Board Advisor of ASEAN Business Partners.  With 30 years of experience in financial services, Kula is a veteran of the payments industry who has spearheaded change and growth repeatedly during the course of his senior management tenure.

Alverno Soenardji is one of the Indonesia-based Board Advisors of ASEAN Business Partners.  With a career spanning 25 years in Finance, Energy and Infrastructure, Alverno is among the most respected senior executives in Indonesia. He is both the CEO of PT Rezeki Perkasa Sejahtera Lestari – one of the very few biomass fueled renewable energy power plants in Indonesia– and the CFO of PT Energi Infranusantara – a special purpose company under Nusantara Infrastructure with the express purpose of investing in Indonesia’s growing energy sector.

Alverno holds a Bachelor of Science degree in Civil Engineering from Universitas Trisakti and an MBA from Oklahoma City University.

Tina is a proven leader with over 25 years of track records of achievements in banking, management consulting and has worked extensively in all ASEAN countries from Thailand to Singapore and Myanmar. Tina now serves as a Senior Advisor to TPG, a global Private Equity fund, to identify attractive growth opportunities in Thailand and the region.  She also served as the Senior Advisor to the President of the Cement Building Material Business of the Siam Cement Group (SCG).  Before returning to Thailand in 2017, Tina served as the Country Head at Standard Chartered Bank in Myanmar. During which she led the reestablishment of the Bank’s presence in the country and launched several initiatives to support the development of the financial sector. With the support of the UK Government, Tina helped founded the UK-Myanmar Financial Services Taskforce, which was instrumental in aiding the set-up of the Myanmar Institute of Directors.

Tina holds a Bachelor of Commerce degree in Accounting and Finance from University of New South Wales and an MBA from Sasin Graduate Institute of Business Administration of Chulalongkorn University.

Thao Nguyen is the ASEAN Business Partners Country Manager for Vietnam. She is a dynamic leader with over 27 years of experience working for both global and local banks in Vietnam. Over the course of her career Thao has held senior leadership roles at HSBC, Citibank, ANZ, Techcombank and VIB serving various corporate clients.

By virtue of her work at these prestigious institutions, Thao has established close working relationships with Vietnam’s State Bank, Ministry of Finance, State Securities Commission and other regulatory bodies.

Prior to joining ASEAN Business Partners, Thao served as SVP – Corporate and Institutional Banking at VIB, working directly with foreign investors in Vietnam. Thao’s past work experiences include serving as Country Head of Financial Institutions at Citibank Vietnam and General Manager of ANZ Vietnam.

Thao’s 27 years of experience working with hiqh-quality, successful Vietnamese enterprises and her strong network with the government and business leaders in Vietnam puts her in a unique position to help guide new entrants into the Vietnamese market.

Thao holds a Bachelor of Arts degree in Languages from Hanoi University and an MBA from RMIT University Vietnam.

港幣2,835元
*10% off discount for Members from supporting organizations 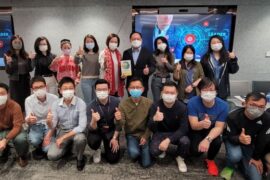 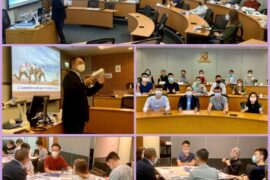